Paid advertising isn’t cheap, especially through Google Ads and when you’re spending that much each day, you tend to keep a very close eye on your click-through and conversion rates. But have… 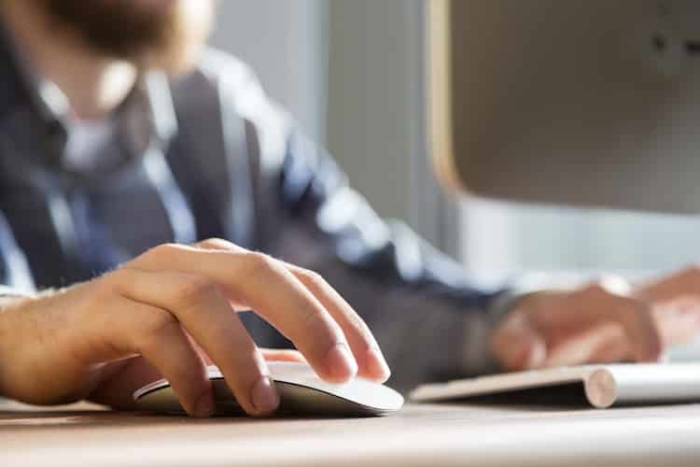 Paid advertising isn’t cheap, especially through Google Ads and when you’re spending that much each day, you tend to keep a very close eye on your click-through and conversion rates. But have you ever thought about how many of the clicks that you’re paying for could be fraudulent?

Although click fraud is only a fraction of a percent as common as it was over a decade prior, it still happens, and it costs you valuable money. Not only that, but it can also ruin your data, and therefore you’re making decisions based on poor information.

By reducing and ideally removing all click fraud from your account, you can save yourself money each month and give yourself purer data to work with so that you can make more informed decisions to optimize your campaigns.

Black-hat tactics don’t only exist in local search engine optimization, click fraud is a black-hat paid traffic tactic whereby people purposefully click on your advertisements to benefit themselves. Click fraud can happen in one of two ways:

A competitor could purposefully click your ads to drive your costs up and to ensure that you hit your budget cap earlier in the day, allowing them to get more and cheaper clicks.

A website which you’re advertising on through the Google display network can purposefully click the ads on their website so that they get paid more revenue through Google AdSense.

Both of these tactics have the same result for you as an advertiser, they increase your costs with no benefit to you, and they ruin the data that you’re collecting. At a large enough scale, it can have a detrimental impact on your campaign, causing you to lose money and potentially forcing you to shut down an advertising project that would have otherwise been profitable.

Although this type of fraud can happen in two ways, it’s far more common in the latter whereby website owners click on the ads on their site. The reason for this is because it’s easier to get away with, arguably harder to catch and there is a more obvious benefit for the perpetrator. As a result, the large majority of click fraud that happens in Google AdWords is on the Google display network rather than in the search engine ads.

While you might imagine that Google wouldn’t care about click fraud, they get paid either way at the end of the day. But once it becomes a serious problem, they will lose advertisers, and therefore they’ve tackled the problem heavily over the past decade, reducing the amount of fraud by a huge percentage.

This happened far more frequently in the past and could have a huge impact on your campaigns, whereas today it’s more isolated and outside of the display network is less likely to occur. When compared to other networks like Bing, Yahoo or DuckDuckGo, the frequency of click fraud on Google AdWords is tiny, but that doesn’t mean that it never happens.

Even a relatively small amount can have a big impact, especially if it impacts your data and causes you to pause or stop a campaign that you could otherwise have scaled. Therefore, the cost is not only of the clicks which were fraudulent, but it’s also the opportunity cost of missing out on a profitable campaign that you could have scaled. Therefore, weeding out even the smallest amounts of click fraud is important.

Finding evidence of click fraud isn’t as simple as looking at a metric, you’ll need to do little investigative work to ensure that the clicks are bogus otherwise you risk preventing real customers from coming to your website. Your goal is to find a few pieces of evidence which suggest that a certain person or persons are purposefully clicking your ads repeatedly without any intent to purchase your products or services.

To do this, you’ll need to collect the IP address of the individuals, the timestamp for when they click the ads, the timestamp of them taking any action on your website and their user agent.

The IP address tells you where the request comes from, which gives you a fairly good idea if it’s the same person clicking over and over again. However, just because a person clicks on an ad multiple times it doesn’t mean that it’s bogus. To figure that out you’ll need to look at their timestamps. If they are clicking your ads in short intervals from the same or similar search terms, it’s fair to start to assume that it could be fraudulent.

To confirm this, you’ll want to then check your actions timestamp to ensure that the person didn’t purchase anything from you and then to look for their user agent. An IP address only tells you the network the request comes from, but multiple people in a coffee shop or using a VPN or proxy could click your ads at the same time which is why you need to check out their user agent.

Similarly, you can do an IP check on their address to find out where it is. Often you’ll find that the IP address is for a proxy provider and the clicks might, in fact, be from different people but through the same proxy, in which case you might decide to not do anything about them.

If you don’t have experience running a Google AdWords campaign, you’re best to leave it to a professional design agency like ourselves especially when you’re trying to identify a problem like a click fraud. However, if you’re more experienced, you can search for it and use a handful of techniques to all but eliminate the vast majority of bogus clicks that you’re paying for.

If you’re able to identify a specific IP address which you believe is responsible for committing the click fraud, it’s very easy to exclude the address from your campaigns. The result of this is that only people on that network will no longer see your ads and therefore they can’t click on them.

However, it’s possible for them to use a different proxy server to change IP address and therefore if you’re using this technique you need to check for new fraud regularly.

On the Google display network, you’ll often find that the vast majority of click fraud comes from domain extensions that aren’t typical. For example extensions like (.com, .net or .co.uk) are very common and are less likely to be bought by spammers looking to commit fraud. It’s the less common extensions like (.co.za and .club) that are often used by fraudsters. As a result, many campaign managers simply choose to block non-common extensions entirely.

If you are running ads on the Google display network, you must look through the list of sites you’re advertising on regularly and remove those that are most likely to commit fraud. It’s incredibly easy to tell based on the domain name, quality of the website and the content that it’s serving. Take a guess which website is more likely to commit click fraud:

Not that hard to figure it out, right? Spammers tend to be incredibly lazy which is what makes it so easy to catch them out. However, that’s not to say that you shouldn’t pay attention to sites which traditional domain names and quality web designs, fraud can happen anywhere.

We make amazing websites, help you get more traffic organically through Google, and can also run your Google ads: